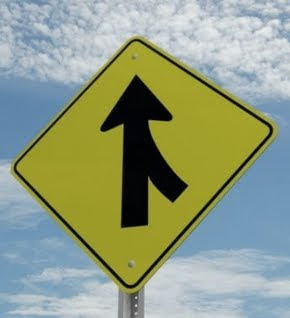 When you move out of the City, you do a lot of driving.

When we moved to Strawberry Fields, I made a point of living right in the village so I could walk to the grocery, bakery, deli, and train station.

But the cold hard reality is that my car is now my bed fellow. And sometimes it feels like I'm waking up to a huge frat boy with Saturn LW1 stamped across his butt and I don't know how I got here. When we lived in the East Village, I never used the car. It was an object that I gladly let my husband take gender control over. Well times have changed. EVI must acclimate to this brave new four wheelin' world as she watches dust gather on her ancient red bike that could out pace the M8 bus as it rumbled across downtown.

For two weeks, I've been dropping Ben off at Rockn'Roll day camp, located in a town about fifteen minutes north of us. This commute involves merging onto a a major highway during rush hour traffic.

I feel like I'm crashing a party I'm not invited to. I feel like I'm being forced to be intimate with a stranger who may or may not
slow down
speed up
move into another lane

This is not a forgiving group of people. They go this route every day and could do it with their eyes closed (some do). There is no time for chivalry or politeness or hand holding the novice commuter (moi). The only thing that sustains me are the lessons I learned as a college student working for the Motor Vehicle Department one summer.
Most New York drivers:

That's gotta put me in the top 50 percentile. Right?

On another note entirely, it seems like a death wave passed over my circle of friends and family in the last few weeks. No relatives passed on but friends of relatives. And the reaction has been interesting. My good friend's sister passed away and he is purging his home of stuff he should have dumped ages ago. My mom's good friend died, now she is purging her home of decades of stuff. It made me take a brutal assessment of my apartment and start tossing too.

Clearing the decks, purging the useless crap that we spent years assigning emotional value to...like the magazine with George Harrison on the cover only the cover got ripped off two years ago in our old apartment and the front page is now page 20.

Purging is useful. As long as you keep the finger down your throat a metaphor.
Posted by east village idiot at 1:15 PM

I swear, I check your blog often and this post just came up on my computer. Errr.

I too have been purging. And I've not bought much either. A win/win for the family.

Rocknroll camp? How did it go? Did he have fun? What does Ben play?