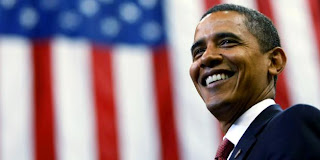 I'm still coming off of the stress and anticipation of Election Night.  It was not at all clear to me that Obama would win. A beloved colleague of mine at hippie college tried to placate my fears by sharing her spreadsheet of electoral vote patterns and projections that suggested that Obama had the odds on his side and Romney would have to beat the odds. I held on to the spreadsheet like a baby blanket until it was absolutely certain that Obama won.

We New Yorkers are so very fatigued. First the hurricane, then the Presidential election, followed by a snow storm. So many people remain without power all over the greater New York area.  Over 40,000 are displaced from their homes. I have stayed out of the City to avoid straining an already fragile infrastructure. We can contribute donations to families in need at the college, where they will be transported down to Long Island and Brooklyn.

It's going to be a long road back.

Evi, I hope your East Village homestead fared okay and that everyone dear to you also did well. And yes, most of the world breathed a sigh of relief with the election results.

Hope that you did ok with all the snow.

Don't worry , you are going to make it